Tests on WaterBricks were conducted at the Orange County Tactical Training Range in Orlando, Florida under the supervision of one of their range officers. The tests were performed firing from the prone position with each weapon and caliber from a distance of 25 yards.

The WaterBricks were filled completely with sand or pea gravel and stacked as they would typically be when used as a wall or bunker. Each round was fired at the longest side of the WaterBrick. Several tests were conducted to determine if shots fired at one of the two hollow posts of the WaterBrick would affect the penetration characteristics of the tests.

Below is a cutaway rendering of how the bullets penetrated the WaterBrick and the general results by each caliber.

Have questions about WaterBricks and their bullet-stopping capabilities? Want to know more about military applications for WaterBricks? Contact us today! 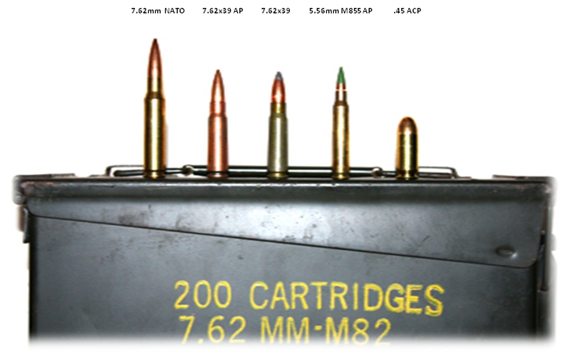 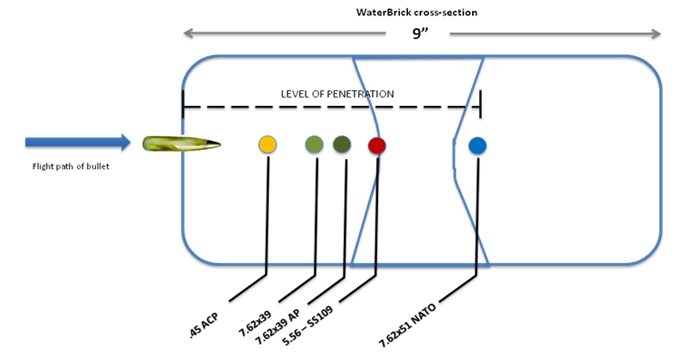