The story of WaterBrick International was featured in an article on Explore Green’s Website.

Check it out below or read it directly on Explore Green’s website here.

It all started as a challenge. A dare if you will. 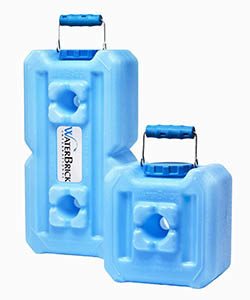 on the world water system. In a conversation with Cousteau, Adams asked a fateful question, “How can I help?”

“Find a way to deliver fresh water to the millions of people who die everyday around the world because they lack fresh water or have tainted water,” Cousteau answered. A centuries-old distribution dilemma dropped in the lap of a water novice.

Behind a perpetual smile and a slight Southern accent, Wendell is just the type of man to take up the gauntlet when it’s been thrown down.

His solution, after much research, ended up being one of those “why didn’t I think of that?” moments. You need to get water—and food and medicine—to places without a pipeline, distribution system, often in rugged terrain with few roads or airports, and often after natural disasters. A container. Tough, light-weight and multi-purpose. 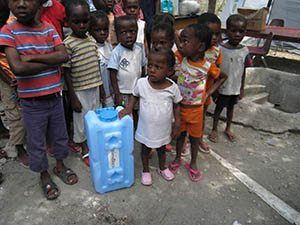 Adams came up with WaterBrick. Think of a “Lincoln Log” when you were a kid. A molded plastic, hollow container with a lid and a handle. But shaped to interlock and stack efficiently. WaterBricks can be filled with water, food, medicines, seeds. You name it. Stacked on palettes, they can be dropped by parachutes from an airplane after a natural disaster or in a warzone and survive the landing. They can be trucked hundreds of miles without leaking and use every inch of truck bed space.

So, now desperate people have the minimal basics. Clean water. Food. Medicine. But, Adams had a further idea. These people often lived in tent cities or had no shelter at all as refugees displaced by disaster or war. Once the WaterBricks are emptied of their contents, they can, of course, be reused. They can also interlock and, filled with sand or gravel, be stacked to make fully weight-bearing shelters, MASH hospitals, latrines, even schools. They don’t require tools to assemble.

“The humanitarian issue was critical for me,” Adams explained. “We can do corporate social good.” 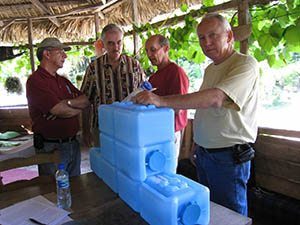 WaterBricks began rolling off the line in 2008. Then, IT happened. January 2010. A powerful earthquake pancaked Haiti. Two hundred thousand people killed and more than 1 million displaced in a country which has had nothing to begin with. Working through rescue services, NGOs and UN relief efforts, WaterBricks finally arrived in Haiti with strong corporate sponsorship and the out-of-pocket efforts of Adams.

“You can’t imagine the devastation and the chaos,” Adams remembers. “Haiti is a country that doesn’t function on the best of days. This was a Hieronymus Bosch painting with real people in it.”

As in all such disasters it seems, worldwide media attention was 24/7. Then, the cameras left for the next crisis du jour and the Haitians were left behind. The world blinked. That’s when the next unnatural disaster arrived. 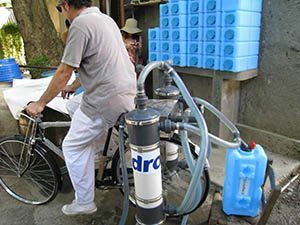 A small cadre of relief workers brought the cholera bacteria with them to a weakened nation with no infrastructure or capacity to handle it. Cholera is often bourn by infected water.

There have been 470,000 cases of cholera in Haiti and over 6,600 deaths—old and very young, women and children, families.

“We’ve shipped about 17,000 so far and we keeping looking for partners who can help with funding and making sure the containers actually get to them people who need them,” Adams says. Sometimes it’s discouraging. In this place, you can destroy everything but corruption, greed and the linings of pockets. 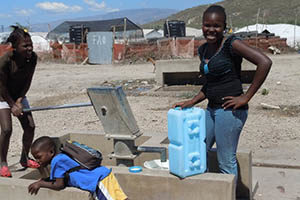 None of this stops Adams. The demand for WaterBricks has surpassed supply worldwide. He’s 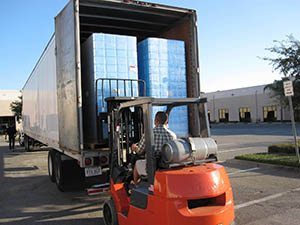 trying to find more manufacturing capacity—this time in Asia. Why? Fukushima, Japan. March 2011, an earthquake and tsunami triggers a nuclear reactor meltdown. Towns wiped out and water laced with radiation. Even now, the sheer fear of another such event has people throughout Asia wanting WaterBricks to store just in case.

In a footnote, researchers and students at New York University are using WaterBricks for radiation tests of gamma and neutron test walls for water at nuclear power plants.

There’s a vernacular for everything. “WaterBrick” is a good, descriptive brand name. To Adams, it’s a “safe storage intervention product.” It makes us remember. On the faces of small children carrying an “intervention product,” this is very serious business. 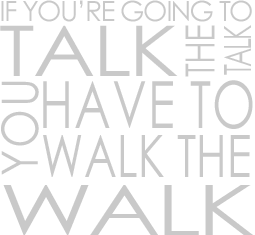 Original article can be found at ExploreGreen.com/port-au-prince-haiti-march-2013/